Following research and development in 2015, DNA created Tom Thumb in January 2016 and for six months has been touring the UK to variious venues, festivals and events

Written and designed by Adam Bennett from an ancient Celtic folk tale, with music from Sian Phillips drawn from folk tradition, Tom Thumb uses song, puppetry, storytelling, physical theatre and comedy to tell the story of a boy created by Merlin the magician and Titania queen of the Faerie folk. His birth, childhood and adventures that lead to meeting King Arthur and being sent on a quest to defeat a dragon.

Other artists involved in the creation of this performance include Steve Tiplady (direction), Liz Lempen (puppet making) and Georgina Solo (props and set). Without the generous support of Horse and Bamboo theatre, this performance would not have been possible to create. 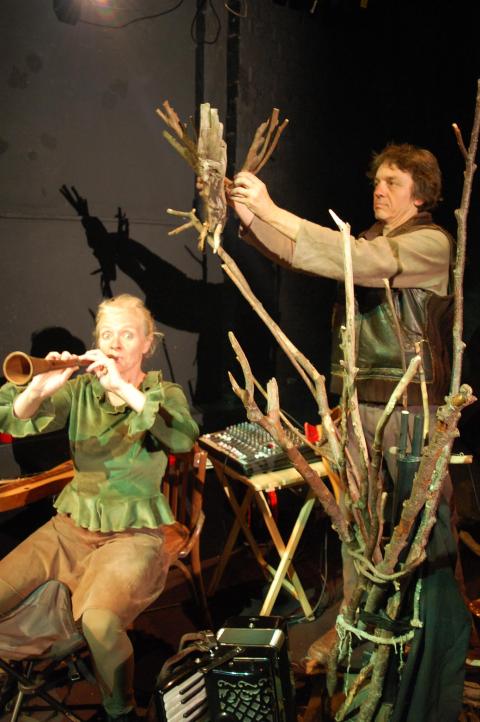 To Thumb is touring again in Spring 2017 and is currently taking bookings.