Puppetry in the UK

There is a lot going on in the world of puppetry in the UK and particularly in England right now. The British Puppet and Model Theatre Guild is working on a consortium bid for the National Puppetry Archive to become part of a Europe wide network of puppet museums celebrating the heritage of European puppetry. There is a funded consortium of English puppetry organisations and artists having meetings around the country and consulting widely on what can be done to strengthen the puppetry sector. Recently there have been some very successful festivals celebrating the artform of puppetry with performances, masterclasses and events.

Following on from this Rachel McNally of Puppet Place has written a provocative article called Has the popularity of War Horse killed off innovation in UK puppetry? and in response DNA’s Adam Bennett has written a post called Is puppetry and puppet theatre a separate art form? on his own blog.

Two new independent schools of puppetry for professional puppeteers have launched. One in London as a ten week intensive, launching next year, and the other as an ongoing series of short courses in Brighton. Horse and Bamboo near Manchester is offering a regular programme of performances and workshops as well.

New and emerging puppetry companies are appearing to add flavour to the UK scene including Gyre and Gimble, Smoking Apples, Mirth and Misery, String Theatre and Odd Doll puppetry. These companies join many hundreds of groups and thousands of individuals working professionally in puppetry in the UK. There is a searchable database of puppeteers and puppetry companies as well as an overview of the puppetry groups and organisations on the Puppeteers UK website 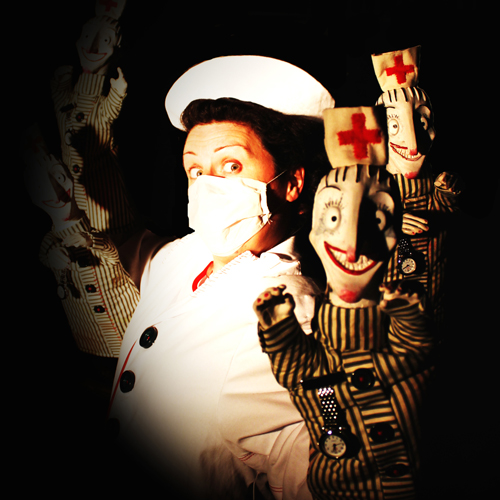 This entry was posted in Adult Puppetry, blogging, Festivals, Uncategorized. Bookmark the permalink.