Last week I had the pleasure of working with Mr. Trier and his delightful class at Irlam Endowed Primary School in Manchester. The children had been learning about light and shadows in science and were just completing a topic on folklore and the Baba Yaga story in literacy lessons. To round off the topics, I was invited to spend the day with the class to introduce them to the wonderful world of shadow puppets.

It was a rare treat to have just one group of children for the whole day, meaning that there was plenty of time to introduce some of DNA’s extensive collection of puppets to the children, and to let everyone have a play with them before we got down to work.

We then talked about the Baba Yaga story, with the children taking turns to do an excellent job of recounting to me the version that they had been studying. We talked about the different characters and how they might look and sound.

After this I turned on the projector and showed the class some of my own collection of shadow puppets. They were delighted with the makeshift screen in their classroom and many of the puppets were greeted with gasps of amazement. We discussed how they were made, how they can be used close to the light or far away to alter their size, and how we could make coloured shadows using pieces of coloured cellophane. Everyone had a turn to play with the light and the shadows and experiment with different backgrounds on the bed of the projector.

We then got down to the nitty gritty of making our own puppets, based on the characters from the Baba Yaga folklore. The children had great imaginations and worked really hard on their creations. After lunch we finished our puppets and split into groups to put together a series of mini sketches using the characters that we had made. Each group then performed to a delighted class and was greeted with cheers and a round of applause.

Below is a selection of images taken on the day. 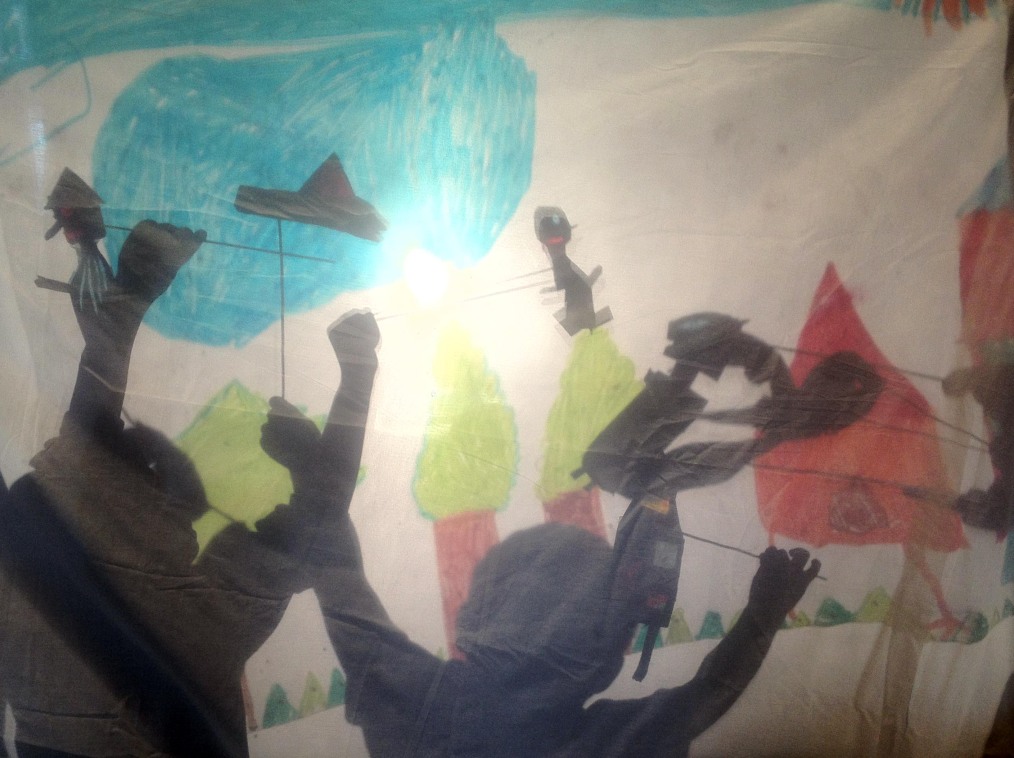 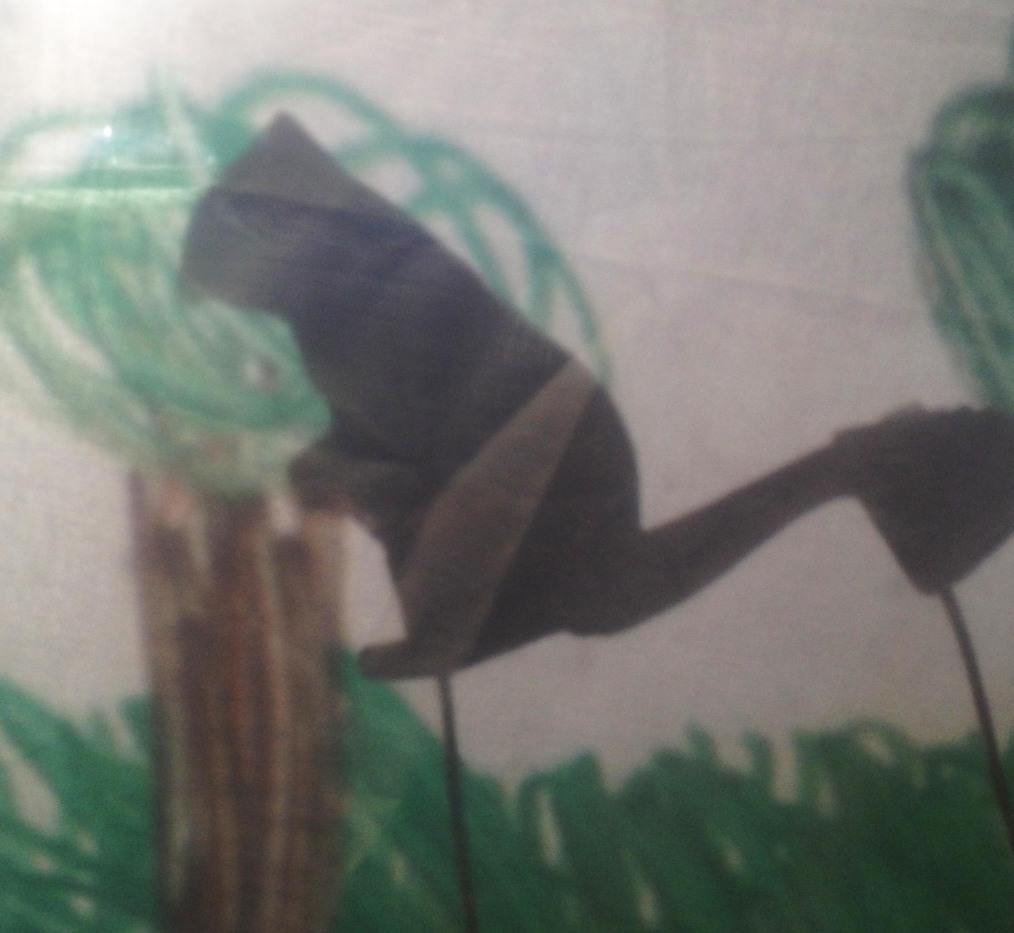 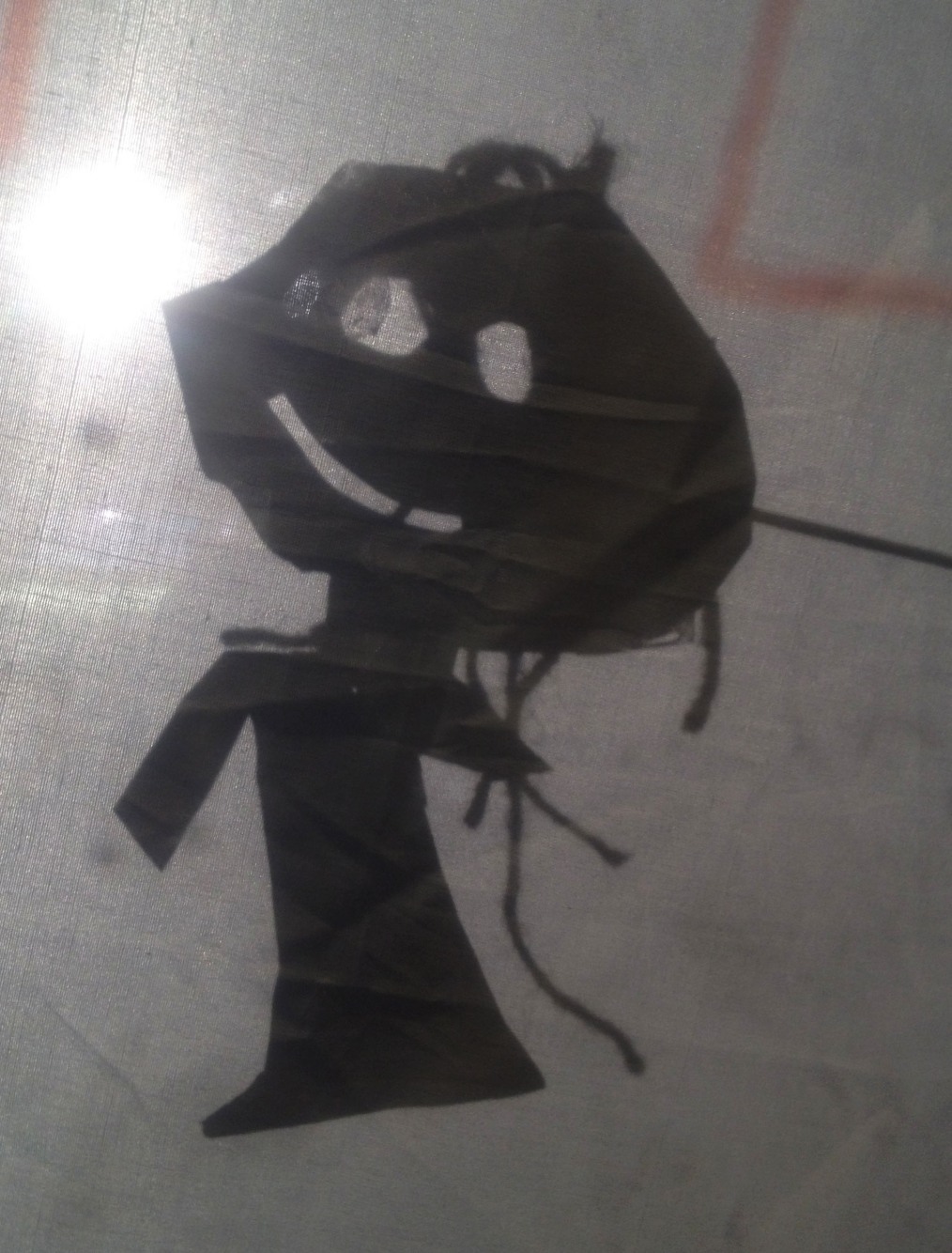 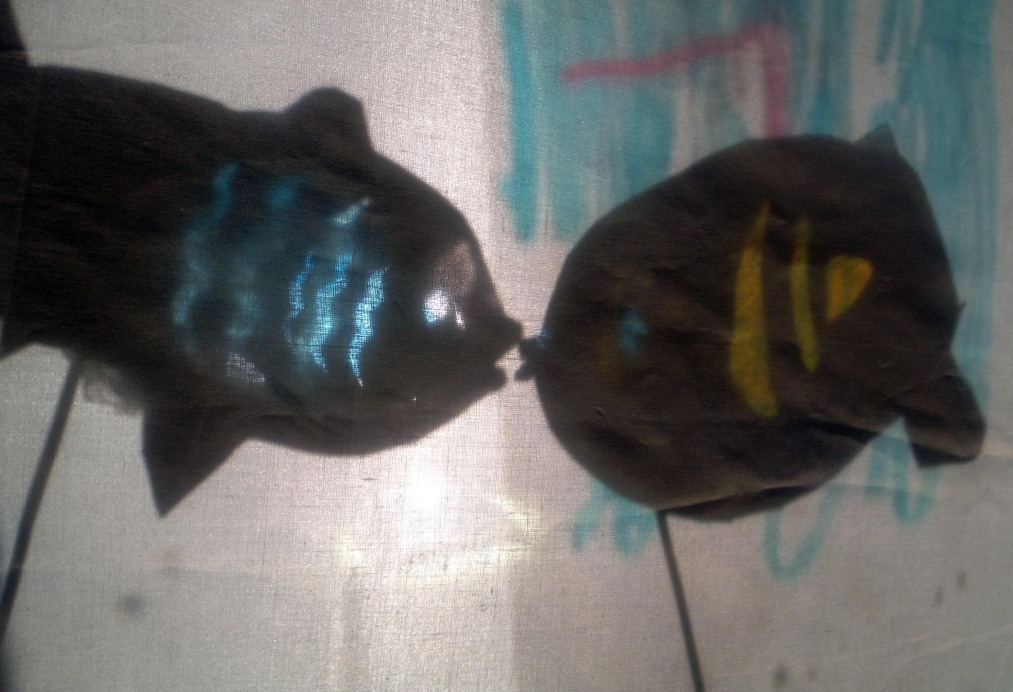