Our  first try out performance of ‘The Frog Prince and Other Peculiar Tales’ took place at 1pm on Saturday January 22nd 2011 at The New Continental Pub in Preston to a full house and friendly audience. 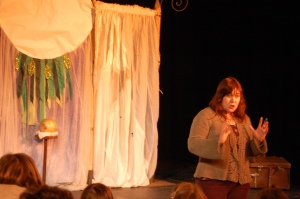 After an opening speech by artistic director Rachel Riggs, the extremely talented Liz Fitzgerald-Taylor played out this new one -woman show, taking on the challenge of performing all the roles in this trilogy of fantasy fairy tales with a twist. 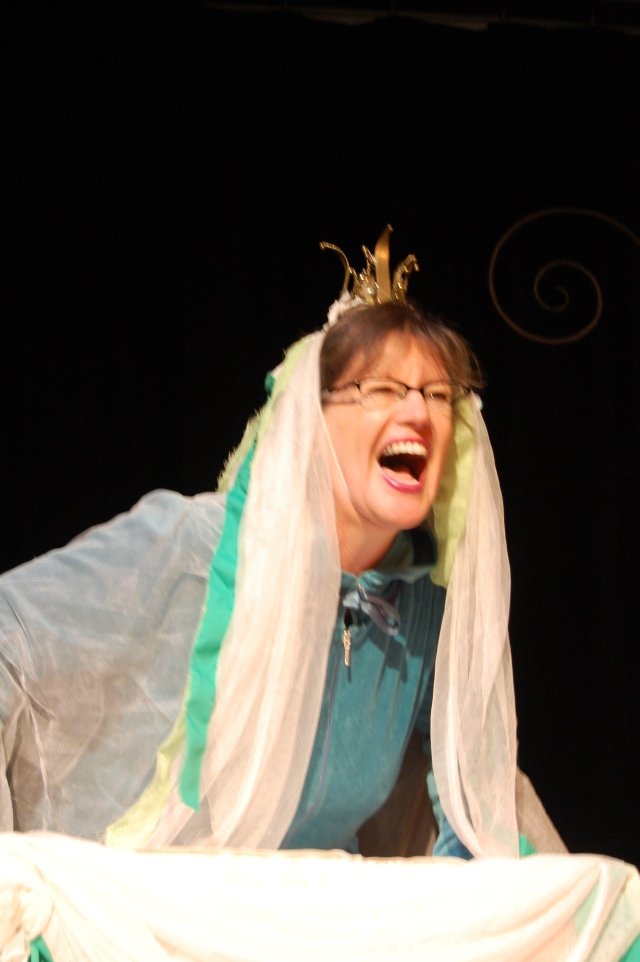 Combining the traditional tale of ‘The Frog Prince’ with the Fairy Tales by Terry Jones ‘The Snuff Box’ and ‘The Rainbow Cat’, Liz dextrously held the rapt attention of the family audience. 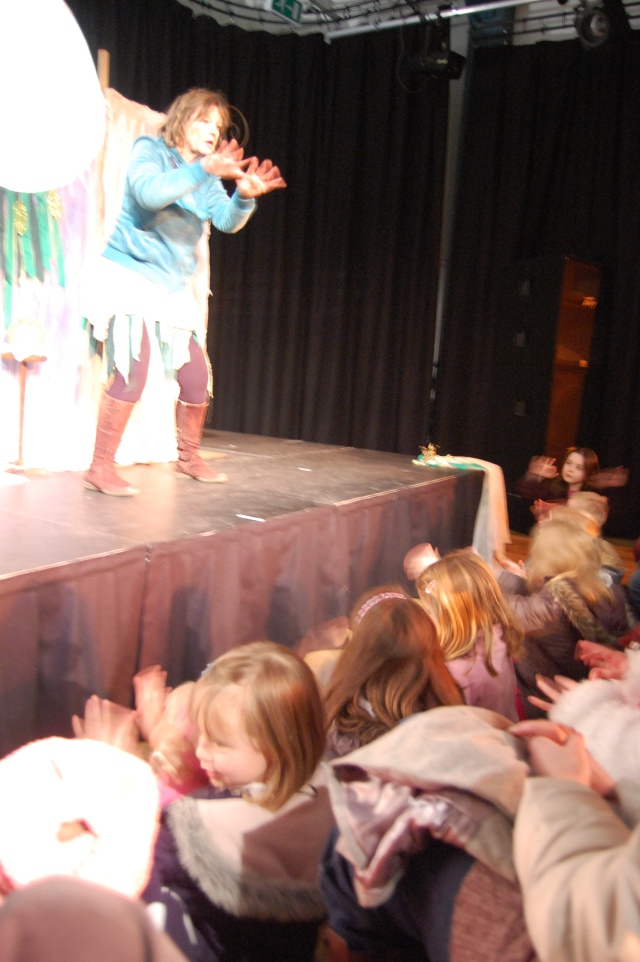 Queenie gets help from the audience 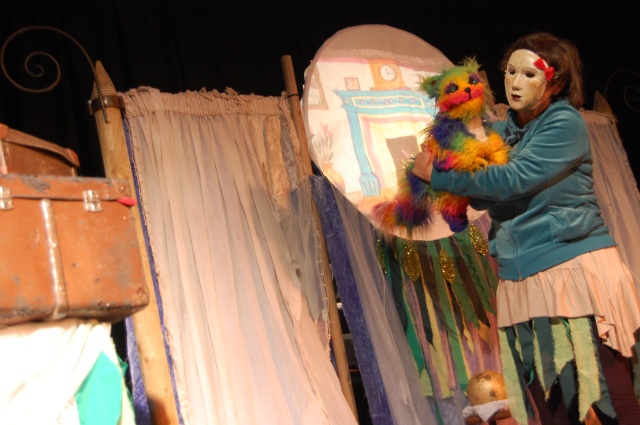 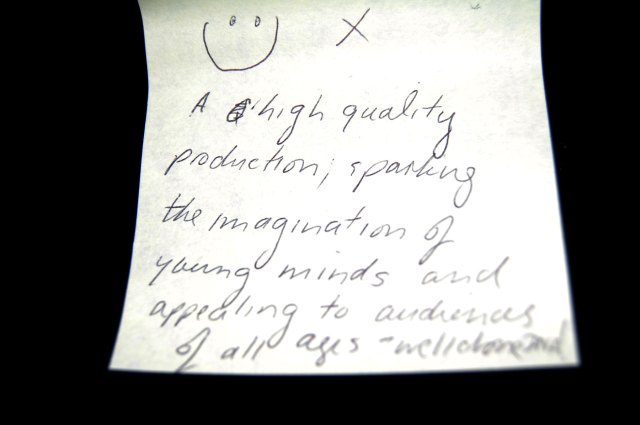 An example of feedback